1 – I don’t like the introductions of the interviews, the first question, so please feel free to say anything that comes into your head: you can present yourself, talk about you, say anything you would like to share with your readers and are seldom able to:

Kim Leine: My first novel („Kalak”, 2007) was autobiographical. I was then 45 years old, and I needed a new start in life, and to settle things in my life so far. The novel was written out of a sense of necessity. Previously I had written three books, that have never been published (and never will be, I hope), and these books were not written out of necessity but of an idea of „writing literature”. They weren’t any good. Not until I had went through a big crisis and come out of it, I found the necessity in the new novel („Kalak”), which eventually was published, and was quite successful. So the point, and the reminder to myself and anybody else, is always, when starting a new novel: Find the necessity in your project.

2 – When I was reading you novel, Prophets of Eternal Fjord I was struck by a special sensation and I remembered Mario Vargas Llosa’s beautiful novel The War of the End of the World. I found the same pleasure in your novel as I did when I was reading Llosa’s novel and I was looking for a deeper understanding of character’s psychology. Did this novel inspired you somehow?

K.L.: I haven’t read Vargas Llosa yet. I have him on my reading list. I have on my working table a huge pile of books waiting to be read. But the strange thing is that every time I take one book out of it to read, the pile gets even higher. How is that? It defies every natural law and common sense, and it’s very frustrating. But sooner or later I will get to Vargas Llosa too. Thanks for reminding me!

3 – Jean-Jacques Rousseau said: “Man was born free and he is everywhere in Chains” – and you have built your novel around this quote. Sartre said: “the Hell is Others” and Nietzsche stipulated: “whoever fights Monsters should see to it that in the process he does not become a Monster. And if you gaze long enough into an Abyss, the Abyss will gaze back into you.” Morten Falck seems like a character which went to hell, took a look in the abyss and the abyss looked back at him with burning eyes.  The big arson set him free or just his chains where hardened by the fire?

K.L. : Rousseaus sentence presents us with an impossible paradox of life: We are free, and we are in chains. At the same time! Hence the conjunction „and” and not „but”. The chains and the freedom aren’t opposites. It becomes Morten Falck’s project of life to understand the truth of this sentence, that to become a full person, he has to embrace both the chains and freedom, like we all do. I think that maybe he ends up with some sort of understanding of this fact, but that time of realization falls outside the fram of the novel, as the novel focuses on his struggle and his misconception of life, not the harmony and peace of his last years.

4 – I preffered to read your novel just in the key of Rousseau quotes but there are so many intriquing facts and problems which you came close to. How did your novel was received by the church?

K.L. : Very well. Danish priests love it. I am often being invited to do readings in churches, and even an occasional sermon speach. And I’m an atheist! This shows how wonderfully undogmatic and undprejudiced and willing to go into dialogues the Danish lutheran church is. Other religions coud learn from this. Several priests have written to me that they appreciate the novel, also for its theological matters. And even though I am an outspoken atheist, I love the church. I am very fond of the church room, how it has listened to thousands of people’s mournings and prayers and cries and joys and psalms for centuries. This is an important thing in our history and our culture. So I don’t mind to be called a „culture-christian”.

5 – It seems like you have done a lot of documentation before starting to write this novel. Was there any moment when you felt that you should throw everything away and renounce to write the story of Morten Falck? I am asking you this because it looks to me like an incredible and monotonous job which I could never have done.

K.L. : There was of course a good deal of research. But most of it I did after I wrote the first blueprint. The most important thing to do first was to establish a narrative flow. And if you have a lot of detailed academic knowledge of the things you are going to tell a story about, the telling becomes restrained and much too controlled. So I just wrote i through. And then I started to do the core research, lifting elements from the research back into the novel. I read basic Greenlandic and Danish history, historical novels of all kinds, letters and diaries by priests from their stay in Greenland and so forth. I also went to the Eternal Fjord, a real place in West Greenland, now completely desolate, where Habakuk and Maria Magdalena, the two Greenlandic Christians in the novel, had lived and where their Christian free congregation was founded. Finally I had historians to read the manuscript and correct most of the incorrectnesses. It wasn’t as big a task as it may seem, and I really enjoyed it. But after this research I had to write the novel all over again to make things right. It all took me about two years all in all.

6 – How do you think your novel fits in consumerist time? Did you targeted a certain type of readers or you just wrote what your “demon” told you?

K.L. : I just follow the white rabbit and try to oblige to the demand of the story. I don’t think of the readers when I write. But when revising it I do think of who will be reading it, and what things I have to explain, and how much I want to provoke and make people laugh and so on. I do certainly write for an audience, but the awareness of the audience comes in quite late in the writing process.

7 – If you could recommend a movie to Morten Falck, a movie that could save him from his torment, what movie would it be? And what book?

K.L. : I think that the film would be something with humour and self irony, because he is a little short of these to qualities: Life of Brian. The novel should be something from his own times, but written later, so that he can see himself from a more modern perspective: Barry Lyndon by Thackeray

8 – Morten Falck is more of a believer or is he a rationalist as he says? What do you think? What would you like your readers to think? How would you have wanted him to be and he failed you, if he did, of course?

K.L. : He is both. He is a split person. He is split between flesh and spirit, sexual desire and moral obligations, religion and science, bourgois life and savageness. This is what drives him through life, and thus through the novel.

K.L. : I see Morten Falck as the birth of the modern man (with emphasis on „man”; women, through women’s liberation, had to wait another hundred years). He comes out of the dark midieval ages, leaves god behind him and thus becomes split. This is a basic condition for all modern people, so I think his type is everywhere around os today. Morten Falck is us, men and women.

10 – On my last question I prefer to let the interviewer ask a question that he would like to receive at an interview but he never gets it. Please, feel free to ask yourself the question and answer it.

K.L. : Question: Why have you written such a long novel?

Answer: I love the long epic. Most long novels are boring and plain bad, but when they are good, they are really good. And you remember them for several years, maybe all your life. I find the big epic novel so generous. It can take in all other forms – the short story, the poem, the letter, the diary, the crime story and so on. And it can do so within the frames of the very same novel. I think that is very generous, and generousity is the human quality that I appreciate the most.

Thank you very much for your time and I hope that Romanian readers will enjoy your novel as much as I did. In my opinion, as I already state it in my review, is one of the best translation that I have read this year. I really wish you to hit and to stay in many Romanian lecturing clubs and I hope we will read soon another translation of your latest novels. 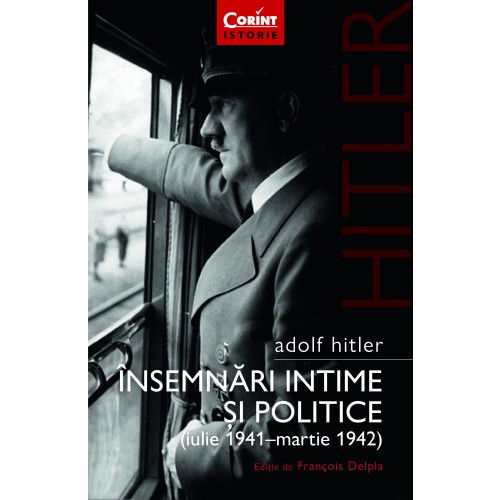